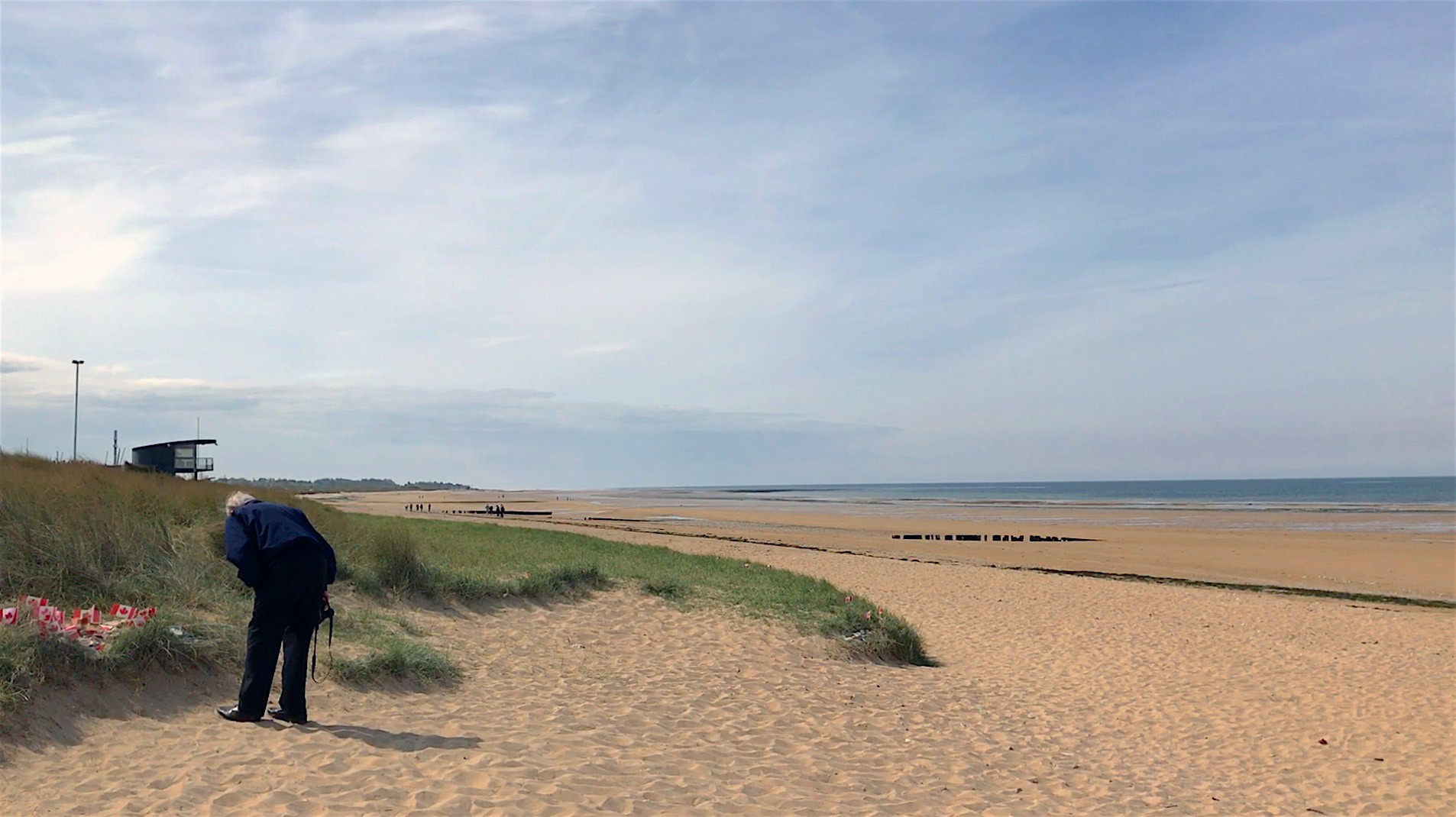 The 6th of June 1944 saw the largest seaborne invasion in history.  It was codenamed “Operation Neptune” and it is commonly referred to as D-Day.  The landings on the beaches of Normandy were preceded by an aerial and naval bombardment and followed by an airborne assault in the early morning hours by American, British and Canadian paratroopers.  Nearly 160,000 Allied troops crossed the English Channel on D-Day facilitated by 7,000 vessels.  Over 700,000 more Allied troops landed in Normandy by the end of June of 1944.

The D-Day landings were made over an 80 km stretch of the Normandy coast that was divided into five sectors which were codenamed: Utah, Omaha, Gold, Juno and Sword.  Canadians are most familiar with Juno Beach as it involved the 3rd Canadian Infantry Division under the command of Major General Rod Keller.  By the end of the first day, Canadian troops had successfully joined up with Allied troops at the Gold beachhead to the east and made significant progress inland in spite of tremendous German opposition.

In the late Spring of 2017, the Vancouver Welsh Men’s Choir had the privilege of travelling to Normandy as part of our tour of France, Belgium and the Netherlands. During our visit to Normandy and Juno Beach, we made a brief stop at the Canadian War Cemetery at Bény-sur-Mer which is located just 3 km from Juno Beach to pay our respects. Many of the dead in this cemetery were killed fighting for Caen in July 1944; but it also contains many Canadian soldiers who fell during the D-Day invasion on Juno Beach. As was the case in every War Memorial that we visited during this trip, the cemetery at Bény-sur-Mer is beautifully maintained by the local citizens and communities, and it pays a fitting tribute to the bravery of our Canadian soldiers.

On this upcoming Remembrance Day which marks the 75th anniversary of the D-Day invasion, the Vancouver Welsh Men’s Choir is looking forward to performing two concerts with the Band of the 15th Field Artillery Regiment.  Please come and join us on 10th or the 11th of November for our concert “With Glowing Hearts” to honour and remember these heroes.